I Predict a Bon Mot

It is certainly a bold time to be making predictions; when the whole COVID-19 situation could hardly be considered to be approaching anything such as 'over'.

And yet - what else am I going to occupy myself with, on another Sunday(?) afternoon - than making wildly speculative motions in the direction of the unpredictable future?!

And the outlook is particularly bleak. In fact I don't recommend reading on; this is mainly to exorcise my own thoughts; with the only consolation being that I can always go "I told you so..." at some unspecified time in what we currently laughingly refer to as 'The Future'.

Okay that's not true at certain practical levels; shopping will always be a practical inconvenience for the physical necessities at supermarkets; much more other shopping will be enforced to being online only; the workplace especially will be significantly transformed - to being a place you drop in once in a while to catch-up with your manager, or print something out; or update your computer equipment.

And the way we interact socially will of course change - trips to cinemas, theatres, sports stadiums, other mass gatherings; will be heavily altered to allow social distancing - and even on much smaller iterations; when you start socialising with your groups of friends again - it will be with a nervous laugh as to 'so, when are we both comfortable that we're okay to be in the same place as each other? when do we agree to hug?' etc.

And we'll get there. Sure. It won't be anything like how we used to socialise; but there'll be a feeling of togetherness again in some form.

But the fundamentals won't have changed:

We will still be generally required to give our services to companies in recompense (or public services, in similar - but generally lower - reward), on a regular basis.

Arguably some of this will be taken in tax to fund the same set of services that have always been held as important - even though the volume of claps for the NHS will lift its budget not one pound.

And talk of 'the economy' will still make most of us glaze over, and ignorance over corporations ultimately driven by greed rather than re-investment in beneficial situations - will continue.

Universal Basic Income will be a fleeting fad in the polls.

Parliament will still be unrepresentative in it's election. And will somehow justify an exorbitant multi-million refurbishment of the building it's only been in for less than 200 years; despite the current situation demonstrating that remote working is not only possible, but generally sensible.

But the biggest 'continuation' is the lack of dialogue between all parties involved in the ongoing social experiment.
Government will be a rough approximation of the people - rather than 66+ million individual views on how to benefit the majority, and not the few.
Business will still operate in a language alien to many, and only capitalised upon by a few.
You still won't understand quite why your neighbours live so differently to you - when you have so many things in common with a person elsewhere in the world, via the internet.

And blogs and Twitter will be a continued way of releasing your feelings into reality - rather than through some constructed dialogue with those closest to you; because you don't want to spend time on doing that - WHEN YOU CAN TOUCH EACH OTHER AGAIN.
And other things happen to distract you from everything. Often good things.

There was a point to this blog, but it has escaped the chronicler's mind. 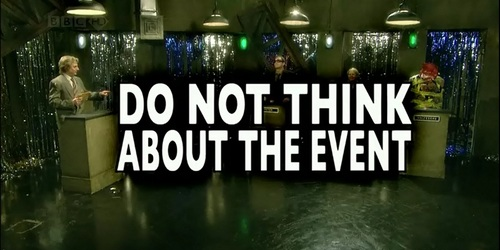